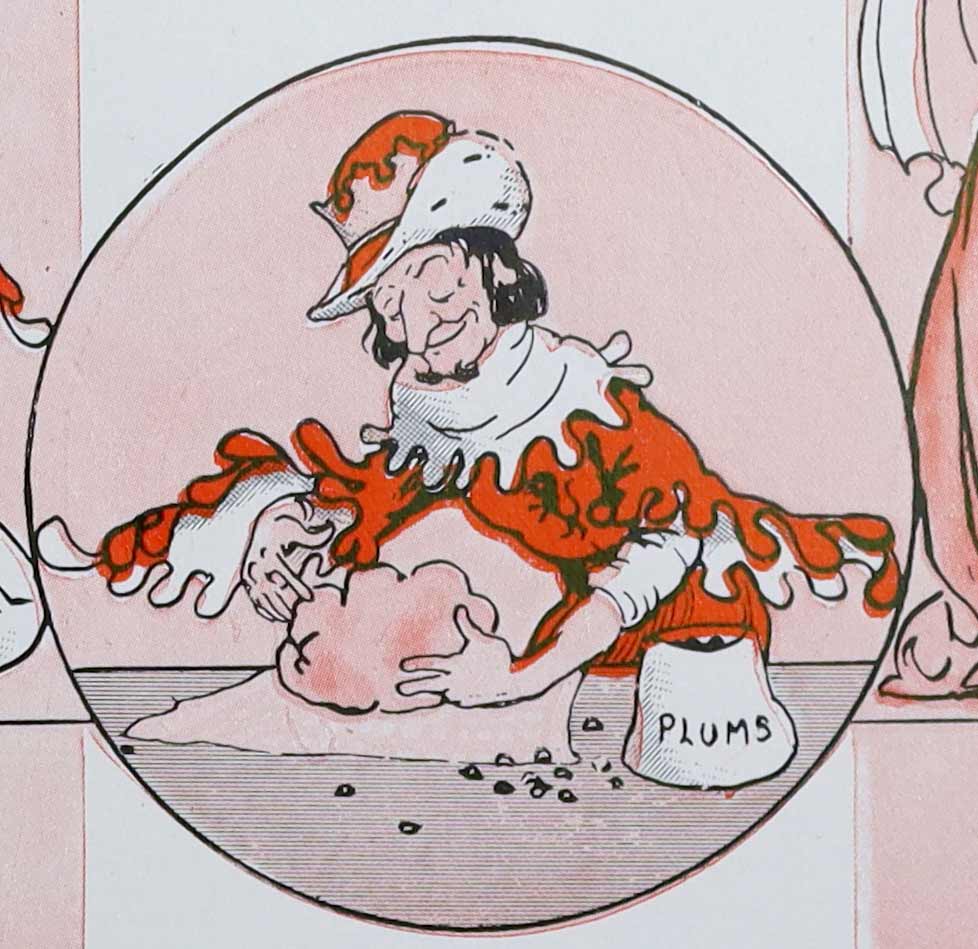 While browsing my collection of the 1926 Grolier’s Book of Knowledge encyclopedias, I stumbled across a great many whimsical illustrations by John Robert “Jack” Monsell.

Known as J.R. Monsell in his professional life, Jack was best known as a children’s illustrator and author from Ireland who lived from August 15, 1877, until March 20, 1952.

Monsell was born into an affluent family in Cahirciveen, County Kerry. His father, William Thomas Monsell, was a magistrate and inspector. His mother, Elinor de Vere, was the daughter of Honorable Robert O’Brien.

As a young child, Jack frequently visited with his great uncles Sir Aubrey de Vere and Sir Stephen de Vere.
.
Jack attended St. Columba’s College in Rathfarnham. Jack did not attend any traditional art school before his career as an illustrator and originally wanted to work in theatre.

Work as an Illustrator and Author

Jack’s work as an illustrator began with a children’s story he wrote and illustrated called The Pink Knight.

In addition to these books, he created the comics Dolly Dimple in 1904 and Fido and Young Reggie in 1905 for The Monthly Playbox magazine.

In 1908, he published a Grimm’s Fairy Tales book, which featured 12 colored plates and over 100 illustrations. Much of this work was later included in The Children’s Encyclopedia by Arthur Mee.

In 1910, Walter M. Jackson of The Grolier Society purchased the rights to the encyclopedia and published it in the United States as the Book of Knowledge Children’s Encyclopedia.

In 1912, he illustrated the book Kensington Rhymes by Compton Mackenzie.

In 1934, he published Balderdash Ballads, an illustrated collection of music and children’s rhymes. He also did the artwork for the book Adventures of Toutour: The Little French Poodle by Lorna Lewis.

In 1936, Monsell published a whimsical book titled Un-Natural History, which featured illustrations and verses about animals.

When The First World War broke out in 1914, Jack became a British Army officer, serving as a lieutenant in the 12th Battalion for the London Regiment of the British Army.

After the war, he married novelist Margaret Irwin in 1927. He created several drawings for her books and later made stage production adaptations for them.

In 1935, he collaborated with Herbert Hughes to create the music and lyrics of an operetta titled Rivals!, performed in London. The production was based on The Rivals, a comedy of manners written by Richard Brinsley Sheridan in 1755.

In 1947, Monsell created another stage production, this time for his wife’s book Still She Wished for Company.

J.R. Monsell and the Public Domain

In the United States, this includes anything published before 1927. Some of his works may also have entered the public domain just this year in countries where the copyright lasts 70 years after the life of the author, as he died in 1952.

I very much enjoy his work – especially his illustrations of The Grimm’s Fairy tales, and with much of it being in the public domain I will definitely be working on adding it to our site!

Do you know anything about J.R. Monsell you would like to add to his biography? I’d love to hear from you in the comments below!