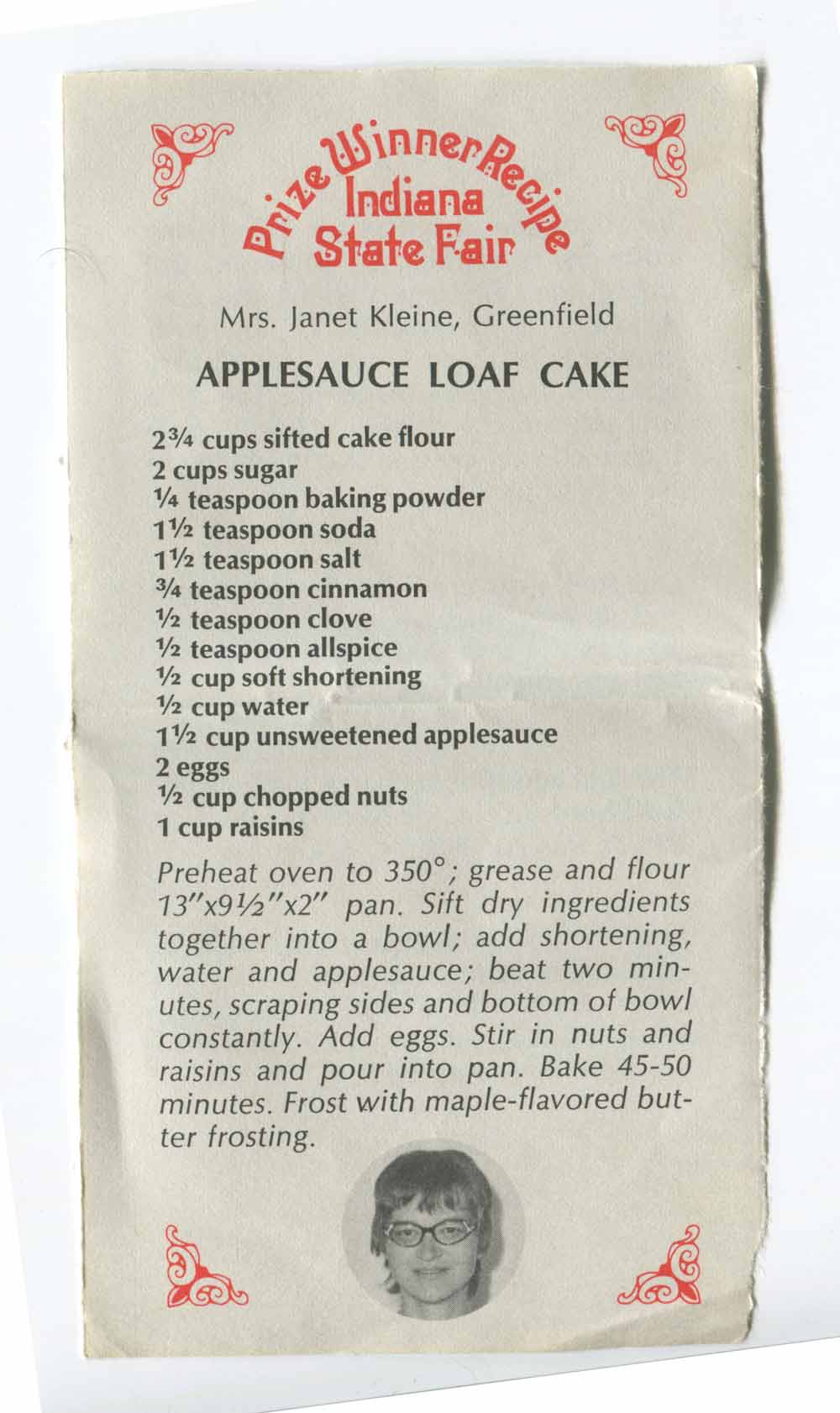 This recipe for Applesauce Loaf Cake appears to be a favorite of the original recipe box owner – we found 4 different copies of this recipe in the Vintage Metal Ohio Art Flower Recipe Box!

The first instance of this applesauce loaf cake recipe was a folded clipping that announced it was the Indiana State Fair Prize Winner Recipe!

We tried to find which year this recipe won, but we found no mention of Janet Kleine winning the applesauce cake – though she was mentioned in the The Daily Reporter of Greenfield, Indiana Thursday August 27, 1992 issue. She was listed for winning with Devil’s Food Cake in one year and candy recipes in another issue of the same newspaper.

The closest thing I could find to this recipe was a similar recipe published in The Kokomo Tribune on December 4th, 1958.

The main difference between the two recipes is the prize winner recipe calls for 3/4 cup more flour and adds in raisins. The 1958 recipe is also baked in a traditional loaf pan.

I would love to know the recipe for the maple flavored butter frosting too – that sounds heavenly!

Another version of apple sauce cake appeared in this recipe box, but alas, the recipe is incomplete, lacking measurements for the flour and baking directions.

The main difference I spotted between the two recipes was the one shown below uses less applesauce, 1 less egg, and no baking powder.

It also calls for nutmeg instead of allspice.

It’s finding things like this that make me wish I knew a little more about the original recipe box owner! I would love to know why there are so many different versions/copies of an applesauce cake.

The only thing I can guess {and we all know guesses are just that – a guess!} – but perhaps she was trying to find the perfect recipe and was experimenting with different combinations and results.

I am not sure what type of publication this recipe was clipped out of, but there is a clue on the back of the paper.

It talks about how the supermarket keeps up with rising costs due to the climbing coal costs and higher electricity bills.

It is definitely interesting – and now of course we’re left wondering, which supermarket? Was this a supermarket ad? A local newspaper/magazine? A booklet?

One nice thing about applesauce cakes is they are usually very moist and don’t crumble too much. I am going to give this recipe a try sometime soon so I will update on that as soon as I bake it!

We may never know the whole story about this recipe, but at least we can be confident that the recipe at the bottom of this post was good enough to be considered an Indiana State Fair Prize Winning Recipe! 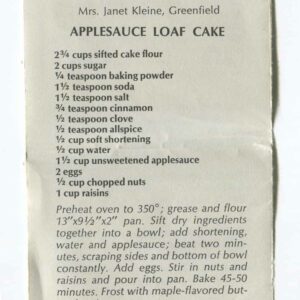 What do you think of this recipe? Have you tried it? Share your thoughts and comments with us below! And if you know anything about Janet Kleine or the Indiana State Fair cook-offs that we could add to this recipe’s history, we would love to hear from you so we can update this post with more information! 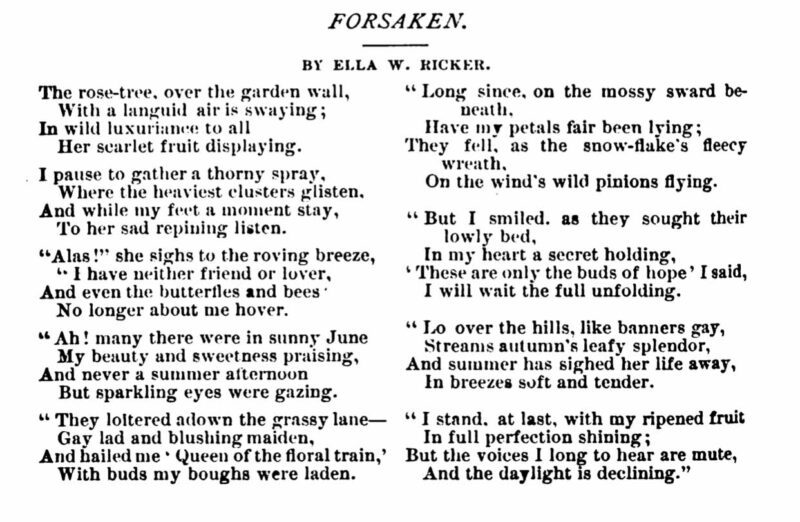 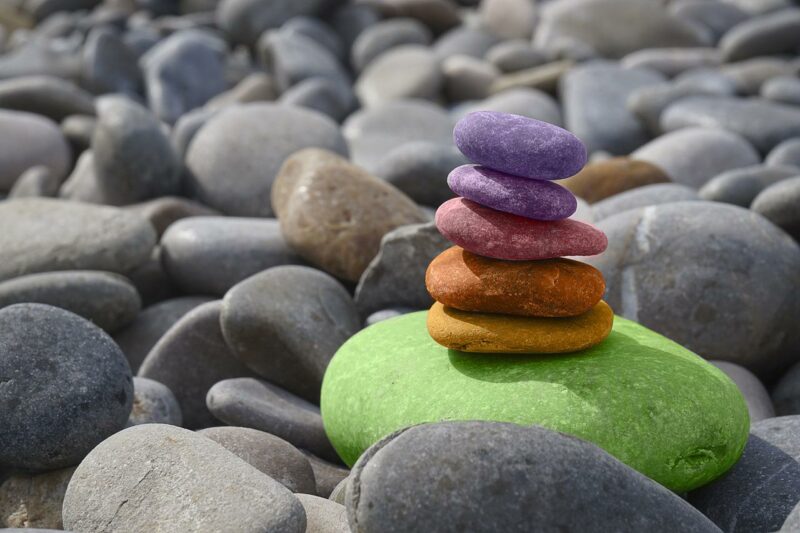 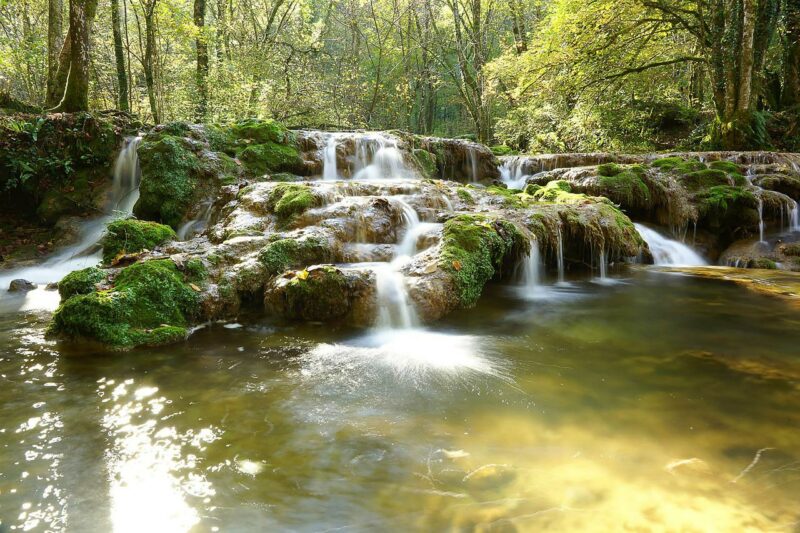 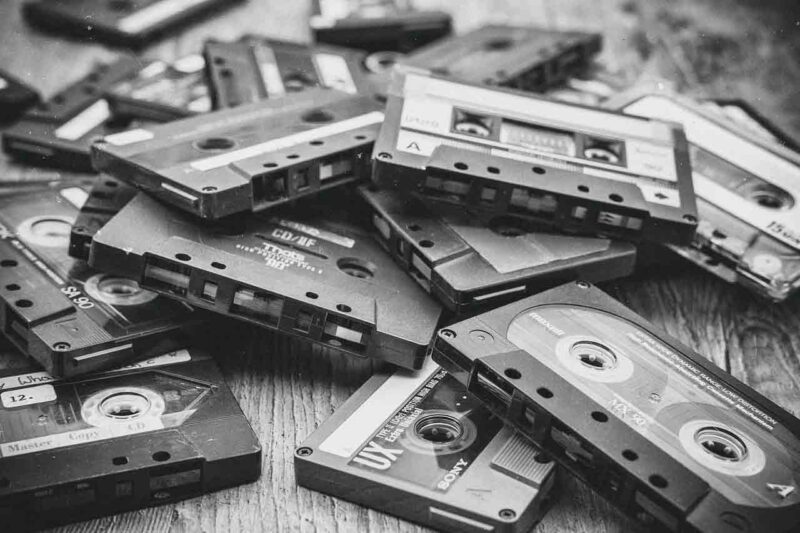 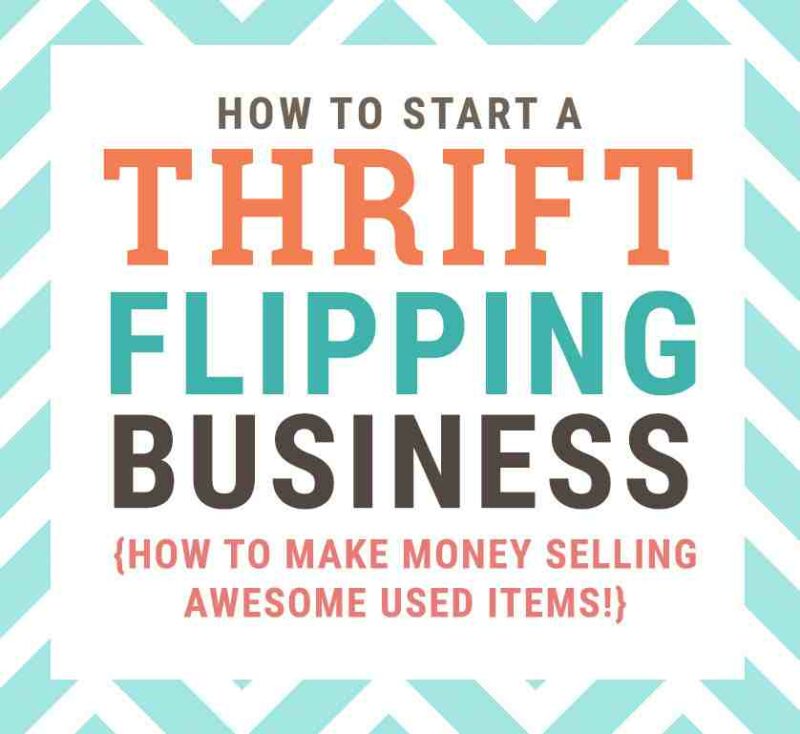