This vintage map recipe box is a metal tin-style box made by the Ohio Art company located in Bryon, Ohio. This box came to us from the previous owner in Indiana.

Here is the outside of the recipe box, all neatly closed up:

This box was bought off eBay in a lot. It has a sister box – this Vintage Flower Ohio Art Recipe box. Both boxes are believed to be from the same person in the state of Indiana.

This box is much larger than the other recipe box it came with, and it is intended to hold 4×6 inch recipe cards.

Of course, we found very few actual recipe cards in this box – but we did find a few full-sized sheets of paper with handwritten recipes folded into fourths.

We also found a lot of old advertisements from the 1980’s and even packaging labels from different foods that had recipes printed on them – including a lid of Cool Whip!

Advertisements and Coupons In This Recipe Box

This recipe box contained a lot of advertisements and coupons. Some of the coupons don’t even have an expiration date, like one I found for 20 cents off Butter Flavored Crisco!

I seriously wonder if it would still work today.

Of course, the coupon is attached to this cute “user’s guide” so I don’t know if I can bear to cut it up either. The spiral binding on the picture of the brochure is misleading – the spiral binding is actually printed on the paper.

The earliest dated item in the recipe box was a recipe brochure put out by the American Beekeeping Federation with the 1984 American Honey Queen.

Another interesting find in this recipe box was a 1988 advertisement for Kmart and a much younger Martha Stewart with a recipe for a Frittata.

We didn’t get a Kmart store where I grew up until around 1992. I actually later worked there through high school {and sometimes still have nightmares about it!}

In looking through the box some more, we were able to find a recipe written on the back of an envelope that revealed the owner of our recipe box was from Salem, Indiana.

There were also a lot of recipes from a grocery store named Jay C Food Stores, also located in Salem, Indiana. 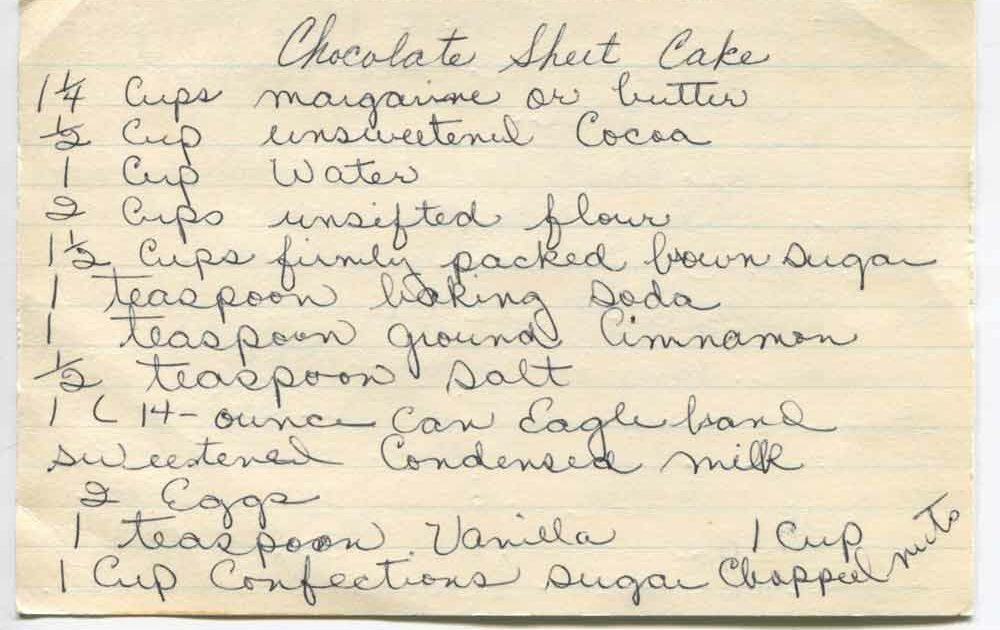 This chocolate sheet cake is made from scratch, bakes in 15 minutes and is iced with a fudge and nut topping. 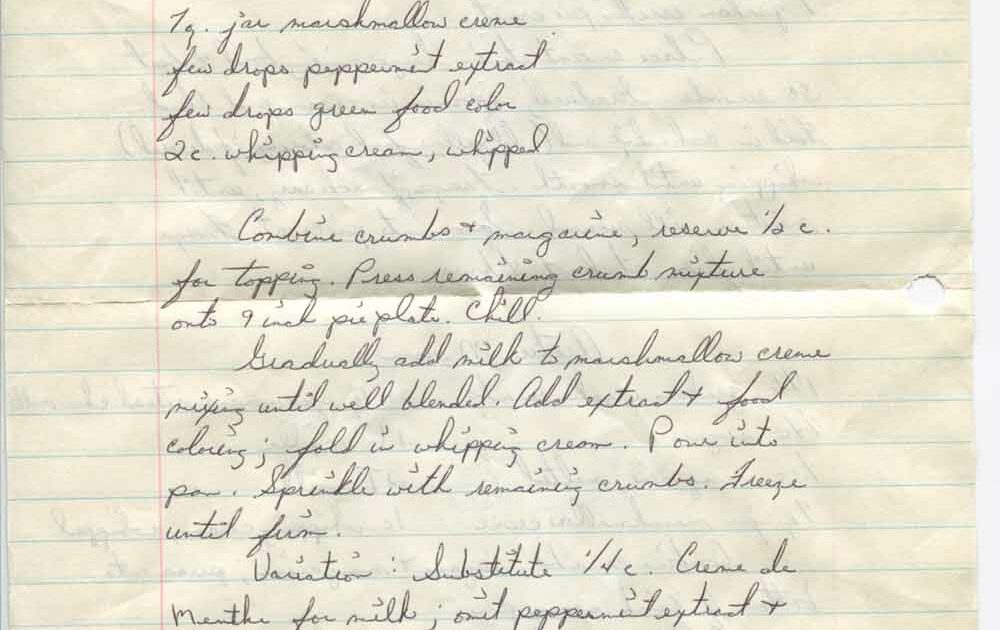 This after dinner mint pie combines a chocolate cookie crumb crust with a marshmallow creme filling flavored with peppermint extract. 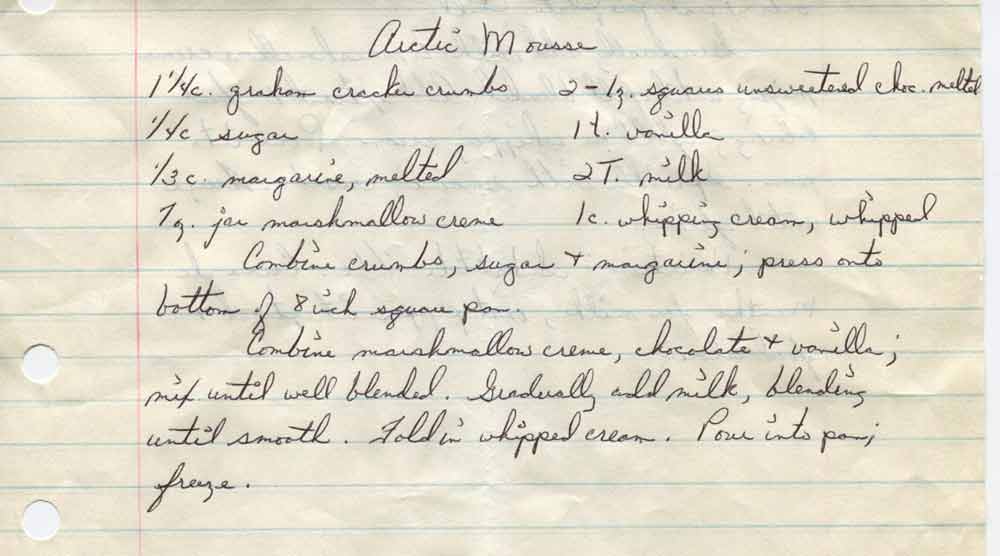 Arctic Mousse Pie is a frozen pie that features marshmallow creme, whipped cream, and chocolate blended together in a graham cracker crust. 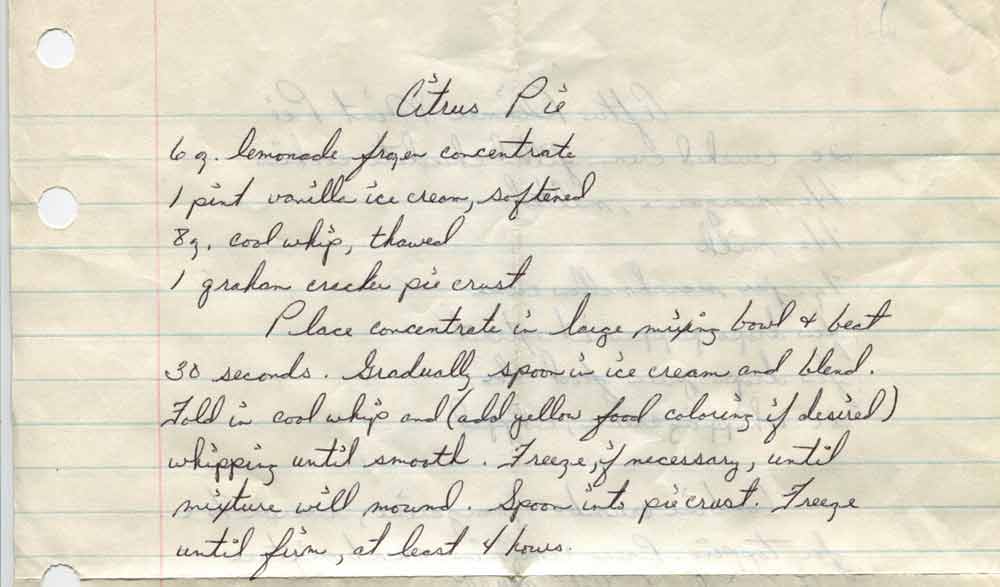 This no bake citrus pie recipe is made by combining frozen lemonade, vanilla ice cream, and cool-whip with a graham cracker crust. 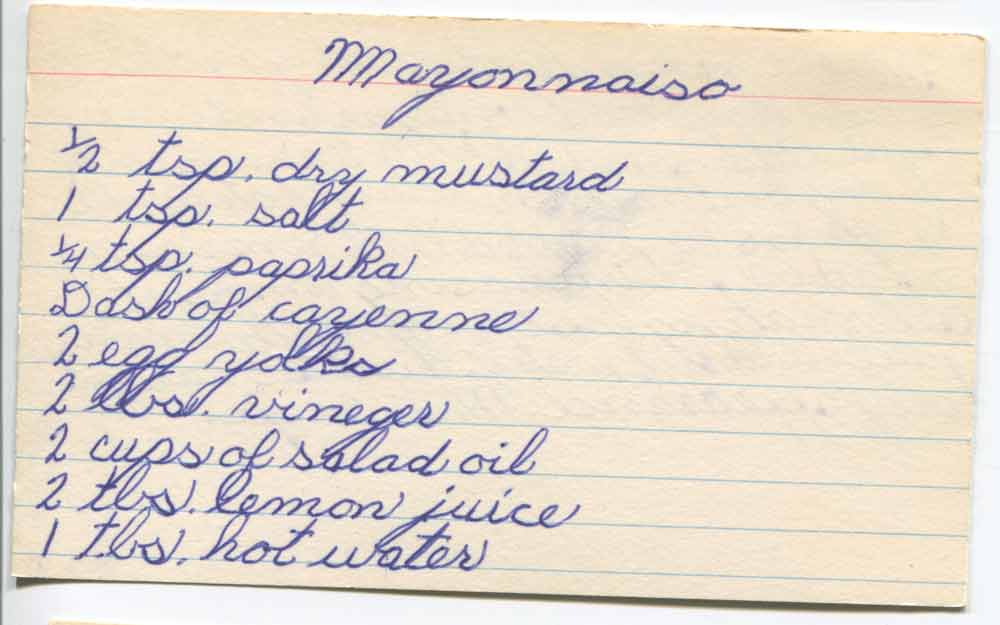 This old-fashioned homemade recipe for mayonnaise can be used in a wide variety recipes such as salads and cakes. 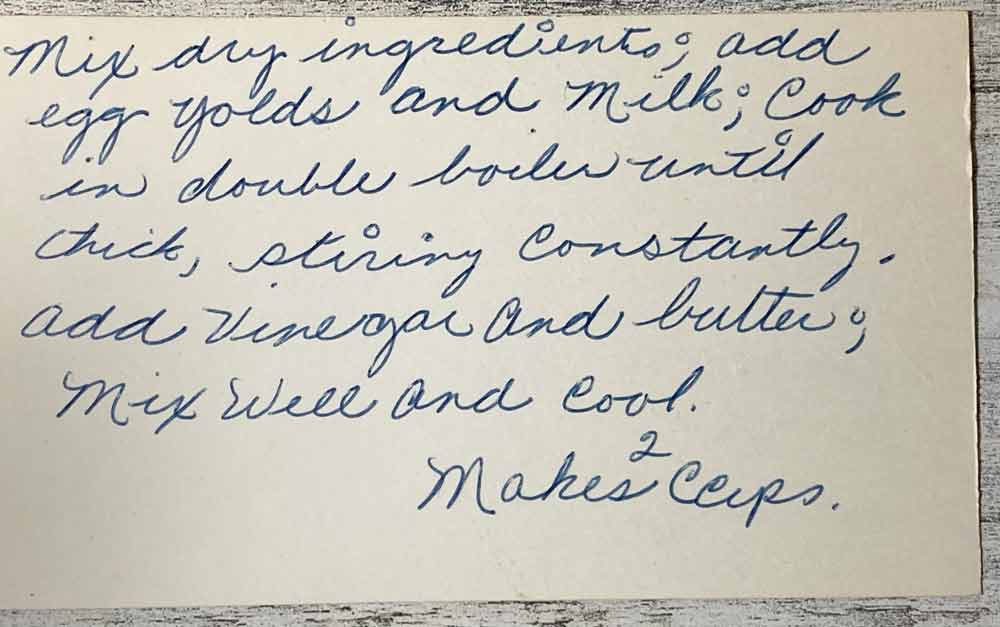 This old fashioned homemade creamy cooked salad dressing can be served as a hollandaise sauce or used in place of mayonnaise or Miracle Whip.

This box was also a bit haphazardly organized, with many recipes not even containing a name or instructions!

This was a fun and interesting vintage recipe box to go through, and I’m excited to start posting the recipes from it on our archive! I will also probably be able to use a lot of items from this box in various projects, like a vintage recipe junk journal.

And that no-bake fudge sounds good enough I might make it tonight! {Who says you have to wait for a holiday?}

I will hopefully try to make a flip-through of everything that was inside this recipe box soon. And of course {as always} I’d love to hear your thoughts in the comments section below! 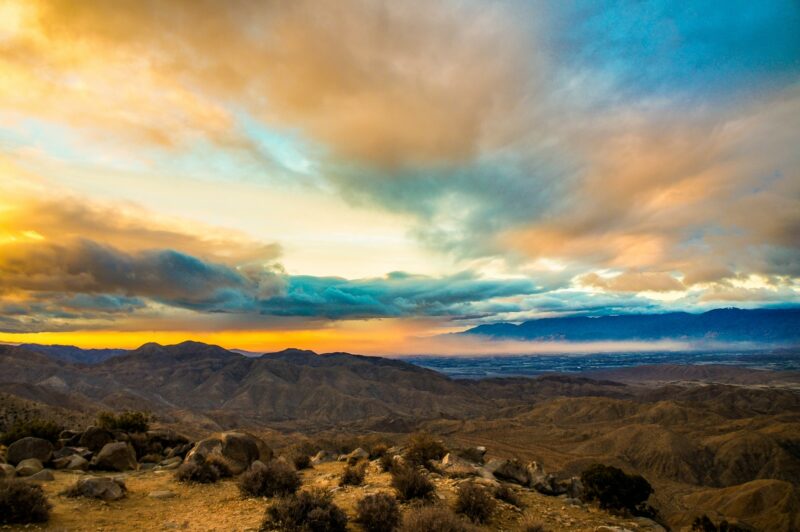 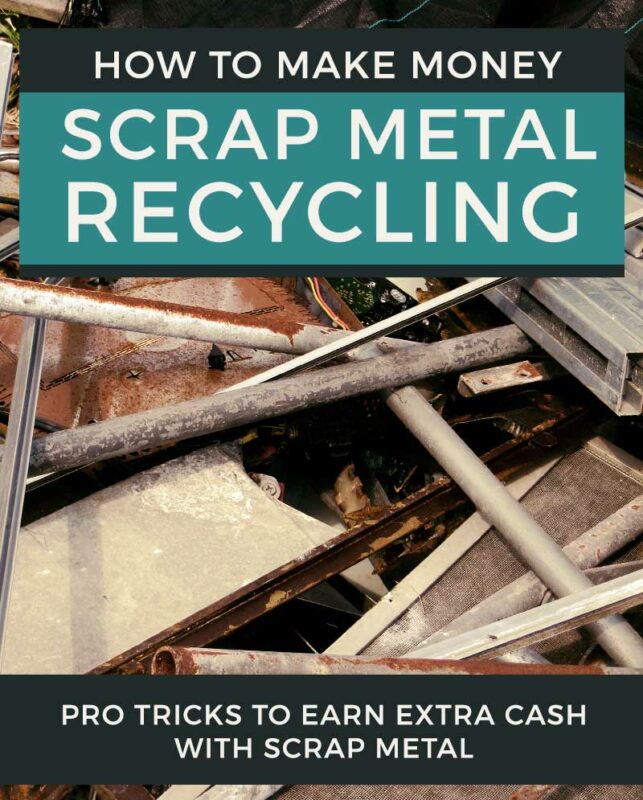 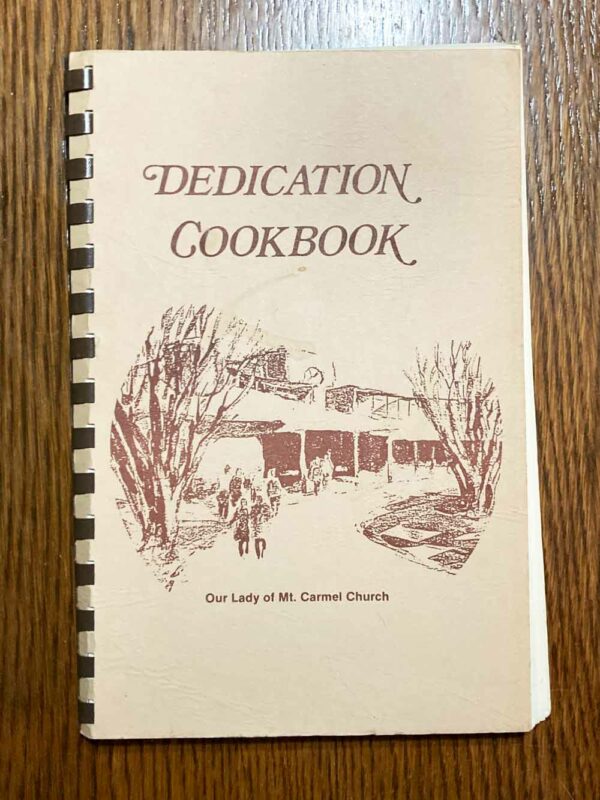 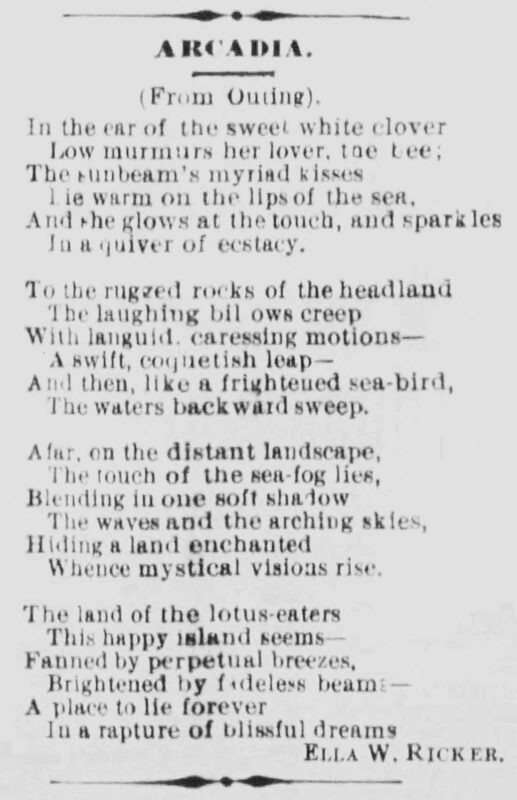 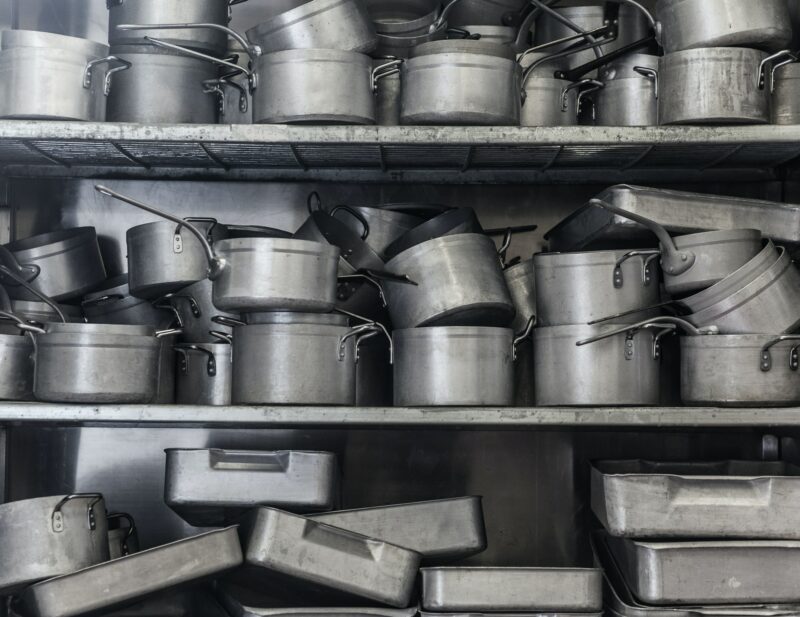