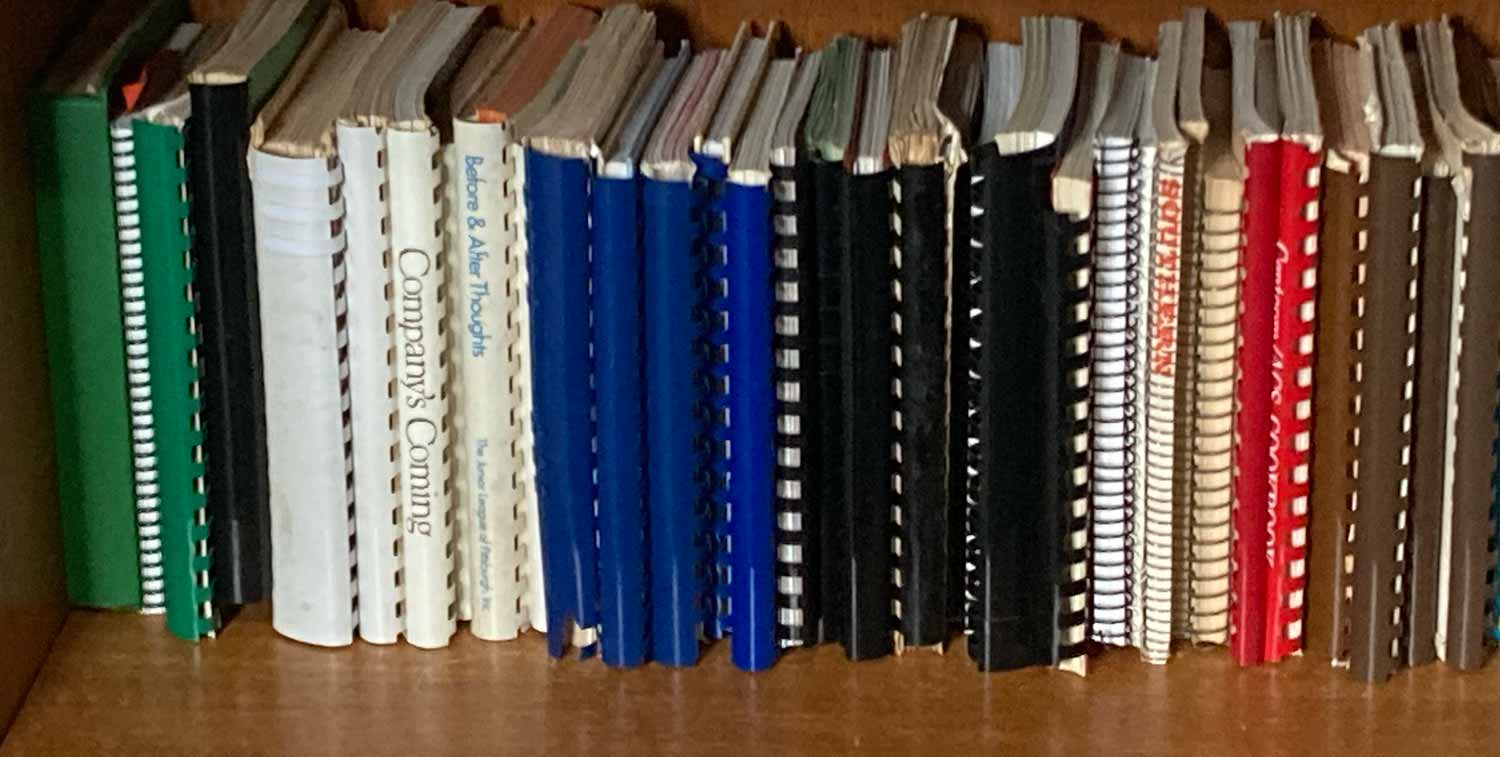 If you’re wondering who in their right mind collects fundraiser cookbooks and what the benefit might be in preserving them, this article is for you. 🙂

How I Got Started in Collecting Fundraiser Cookbooks

I first learned about fundraiser cookbooks when I was probably about 7 or 8 years old. My mother grandmother had purchased one that supported a local Girl Scout chapter.

I found it fascinating that all of these people could put their recipes together in a cookbook to sell as a way for the group to make money.

Now, why on earth I would actually find that fascinating as a young child is still yet to be determined, though it could possibly be because I’m hyperlexic and so read a LOT of strange things back then that most kids my age wouldn’t!

Here she is, in all her glory, my friends, the girl scout cookbook that was the gateway drug into this strange collection of mine:

Update: Apparently there’s more to the story of this cookbook than I thought, so if you’d like the full details on that, do check out the post.

At some point much later as an adult, I came across a crazy good sale at a thrift store featuring an entire Gaylord pallet of nothing but fundraiser cookbooks for 25 cents each. The nostalgia of that memory of the Girl Scout Cookbook with my mom came flooding in and so I did what any sane, rational collector would do in that situation and bought about 20 of them for $5.

Also it gets VERY dangerous at used book sales at church rummage sales and libraries – I always end up coming home with more lol.

While my logic for starting the collection is certainly not very rational, I have actually found there are some very logical and useful benefits to preserving these cookbooks.

They are Fabulous for Ancestry + Geneology

Around the same time I made my first impulse purchase on fundraiser cookbooks, I was also very interested in learning all about ancestry and genealogy. My cousin is our family’s ancestry expert and I decided it would be neat to do Ancestry.com’s DNA test and see if I couldn’t perhaps learn more about my own family history.

As I started researching more about my different relatives and their history and where they lived, I found it all really interesting to try and uncover their stories and different things that were happening.

If you are ever researching someone from the past, these fundraiser cookbooks are a great way to identify and cross-reference members of a church, school, club, or other community organization from a certain time period.

In addition to learning about the history of a particular region, group, or organization, you also can identify certain trends and products that may have influenced the types of recipes that were included in the cookbook.

For example, many of the cookbooks in the 1990’s feature a lot of microwave recipes, whereas you will not find those in cookbooks from the 1970’s or even many in 1980’s.

This may be the most obvious reason why you might want to collect fundraiser cookbooks, since the whole purpose of a cookbook is to find new recipes to try – but to me it’s more of just an added benefit!

I’m not particularly a fabulous cook and don’t have exactly what it takes to be a professional-level food blogger, but I do enjoy great food just as much as everyone else does and often actually DO make the recipes found in these cookbooks quite often.

Because most fundraiser cookbooks are all about people sharing their “best” recipes – you can usually be pretty confident that these recipes are tried, tested, and favorites among a crowd!

How Do I Decide on Which Fundraiser Cookbooks to Collect?

When I first started my collection of fundraiser cookbooks on a whim from a bargain bin and a couple of eBay fundraising cookbook bulk lots, I didn’t really have any specific plan or theme for what I wanted to collect exactly.

Now that I am a few years into my collection, I’ve decided there are certainly some themes and types of cookbooks I specifically enjoy the collection.

Here are some of the types of fundraiser cookbooks that I personally find interesting:

Cookbooks Connected to People I Know in Real Life:

I’ve found several local fundraiser cookbooks where I can look at some of the submitted recipes and say, hey, I know that name! Sometimes it’s even a recipe I’ve actually tried and enjoyed cooked by the person in the cookbook.

One of the clubs my aunt belonged to created a cookbook and my aunt is actually on the front cover of the cookbook. This kind of stuff is really cool to me, especially when I am research and preserving our family’s history and our stories.

I’ve also picked up a lot of cookbooks from local organizations in our area, because most of the time I know a lot of the people from school or church or other things. In one vintage cookbook, a bunch of old classmates I went to school with actually did the illustrations!

I do also have some interest in learning about the history of churches, as my family has always been very active + involved in church – some of my ancestors were even the founding members of our local church established in the 1840’s.

I also love religious and spiritual ephemera, so I guess it’s not surprising that this would overlap into the world of collecting cookbooks!

We live in the Pittsburgh metro area and there’s so much cool local history here, not just in the city itself but really almost all of Southwest PA. If I see a cookbook that might somehow pertain to local history research it usually catches my eye and joins the collection.

Many fundraising cookbooks I have found also often have recipes specific to a certain cultures and their heritage.

Most of the time I collect ones related to my own ancestry, such as my growing collection of Slavic cookbooks, but of course I’m also a sucker for learning about everything so I am definitely growing a collection of cookbooks from other cultures as well.

Fundraising Cookbooks From Places of Interest

Another thing I’ve found myself doing is getting fundraising cookbooks from various places I’ve traveled or have some significance.

One example is the Cape May Cookbook I picked up at a local church sale. We often frequently made trips to Cape May as a kid and Ray’s parents actually even lived there for awhile. It’s also the first time my oldest kiddo ever saw the ocean and the beach!

How could one resist? Ironically, that cookbook actually has recipes from Pittsburghers if you can believe that!

While there is really not much out there about collecting fundraiser cookbooks specifically, I am hoping to create a nice resource here at Resalvaged for collectors to learn about them and maybe even inspire a few of you to start your own fundraiser cookbook collection!

I am currently working on getting some more posts of my fundraiser cookbooks to add to the site – here are some of the ones we’ve added recently: 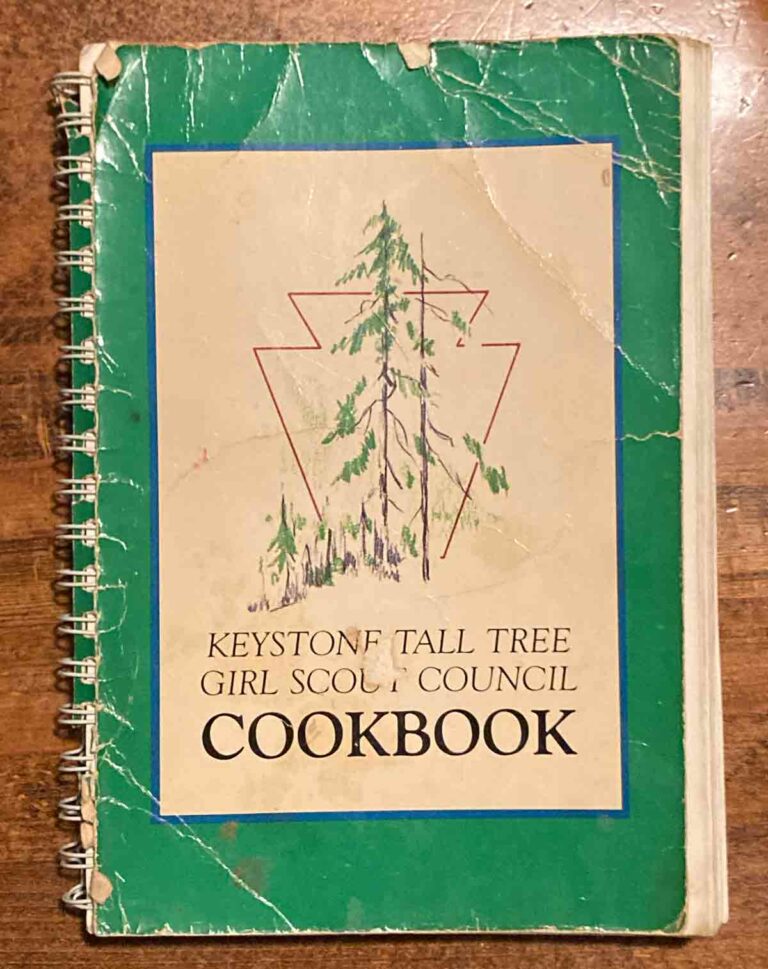 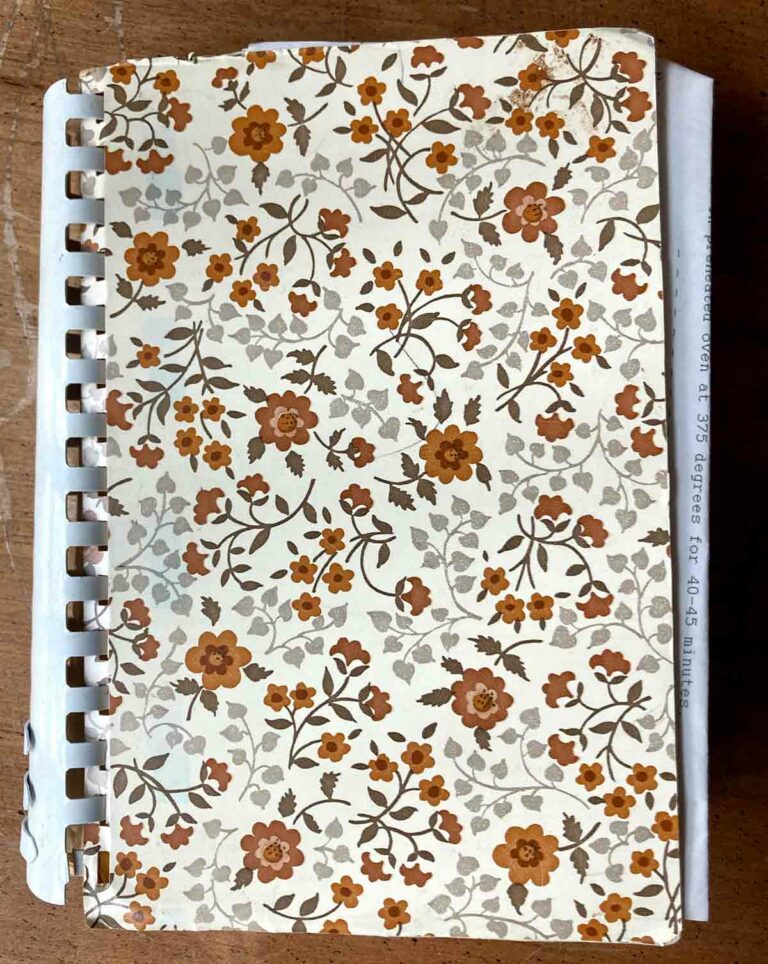 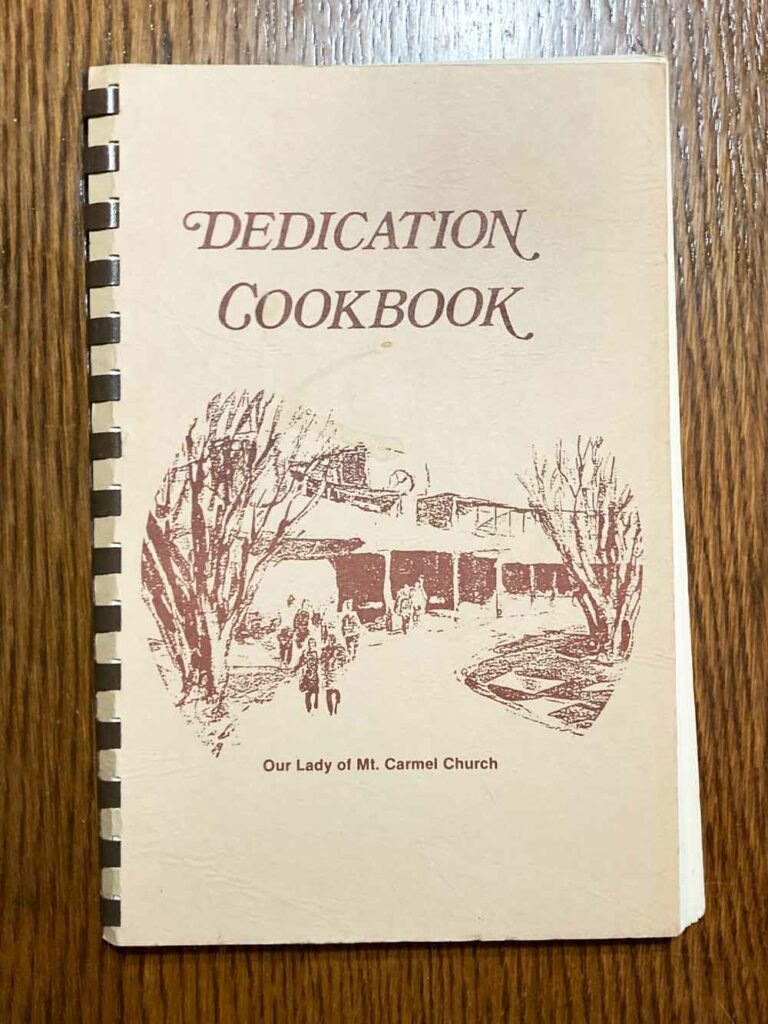 So, I might be crazy…(Nevermind, I AM crazy, but that’s a post for a different day lol) – but I really do enjoy these fundraising cookbooks quite a lot! 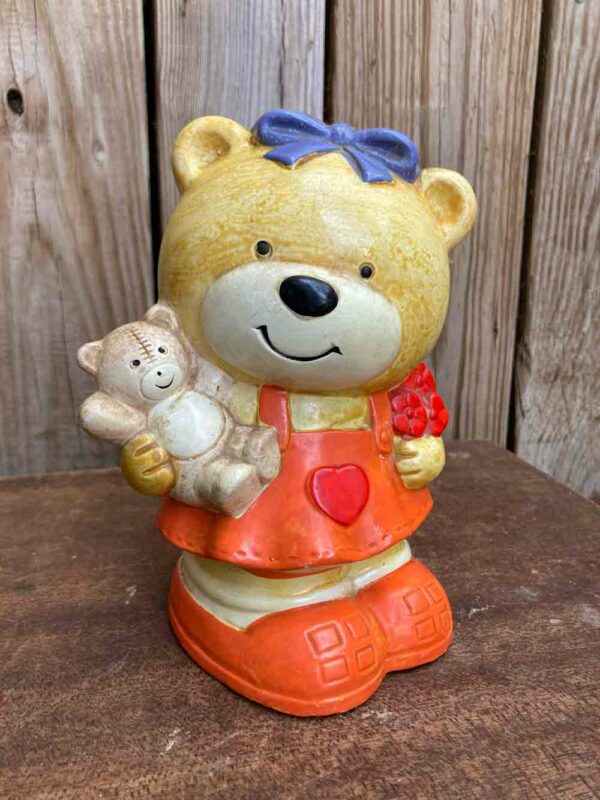 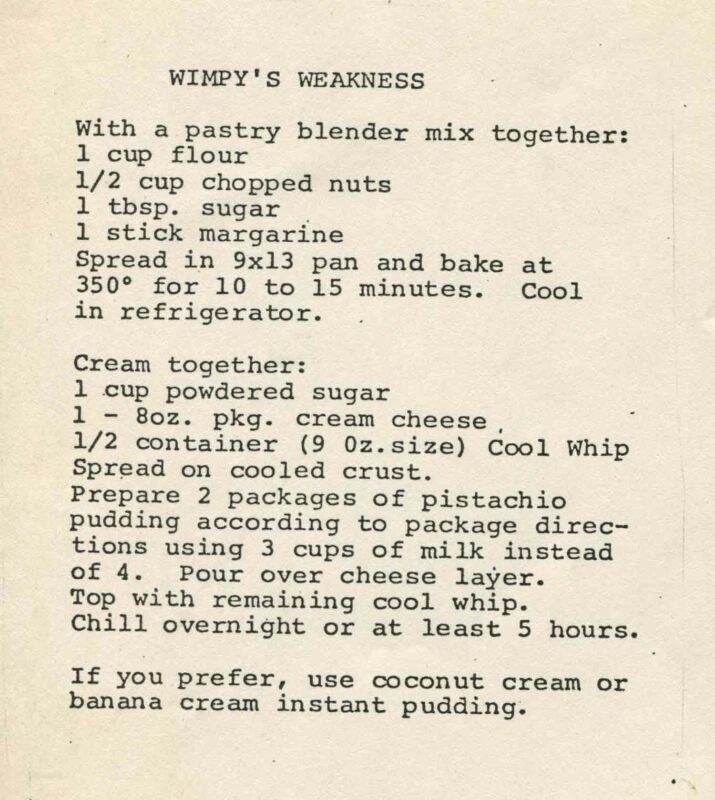 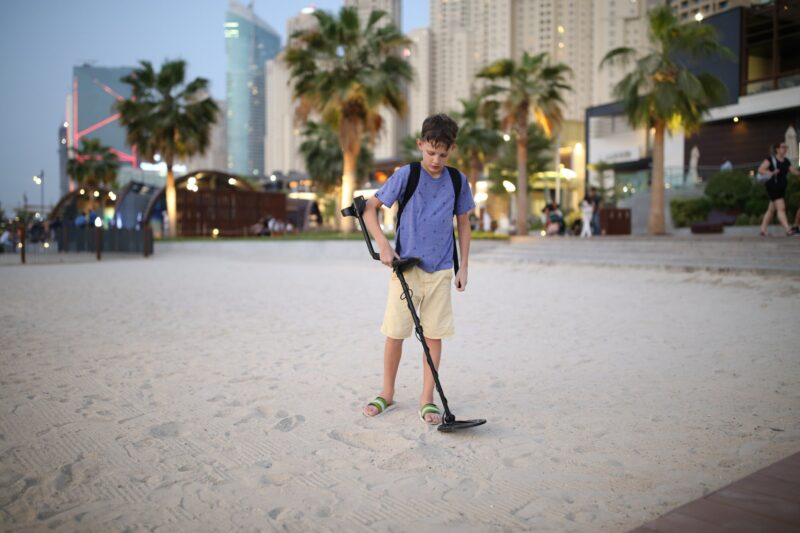 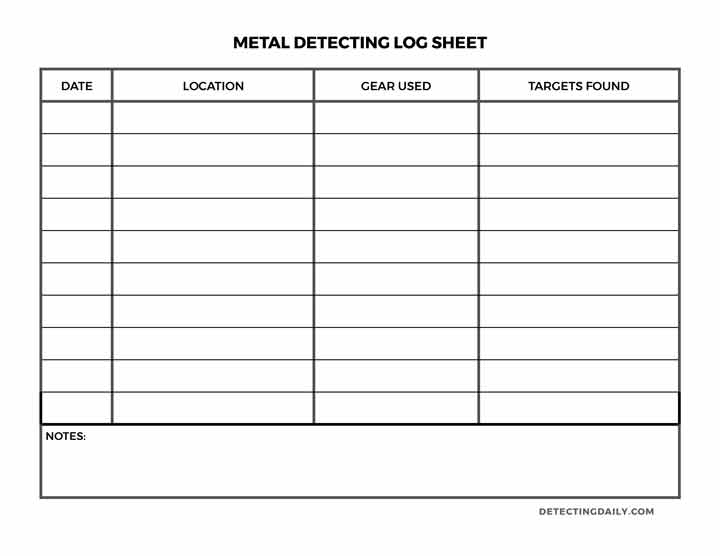 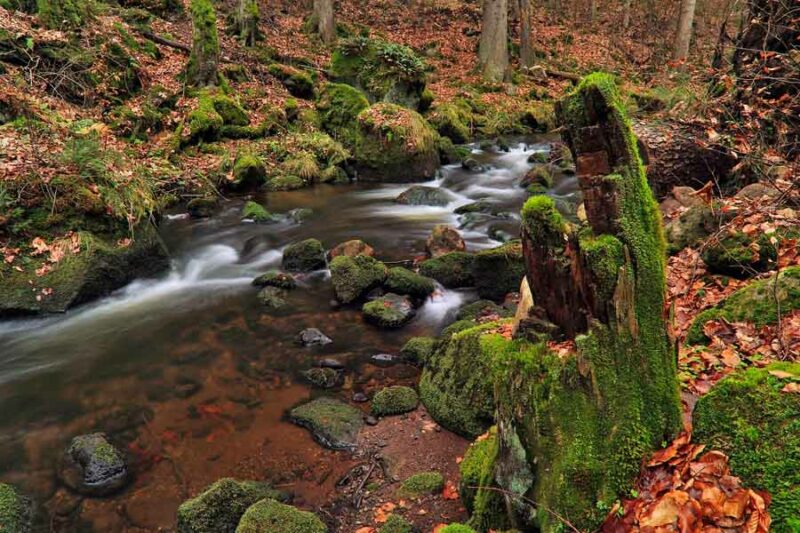